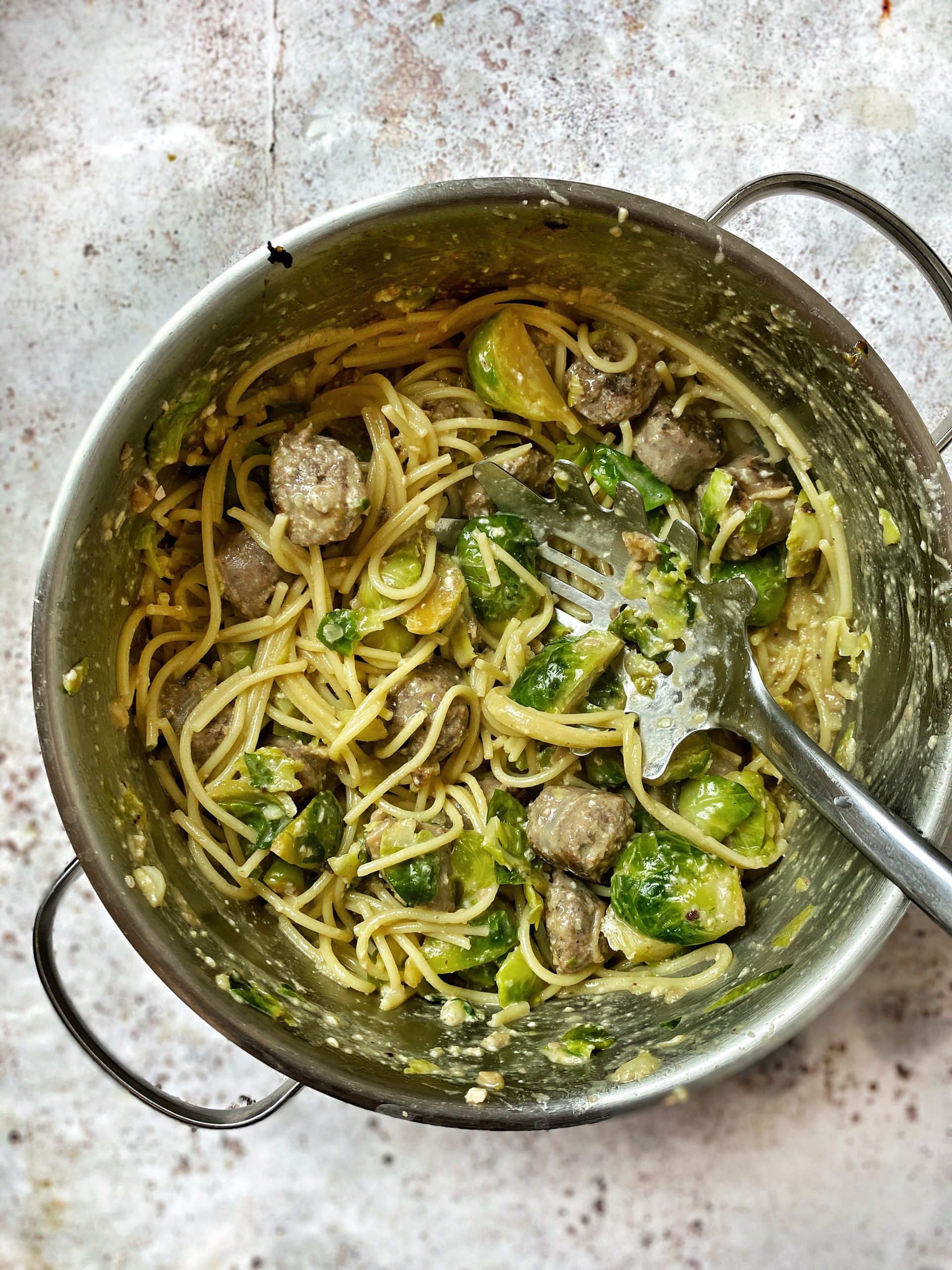 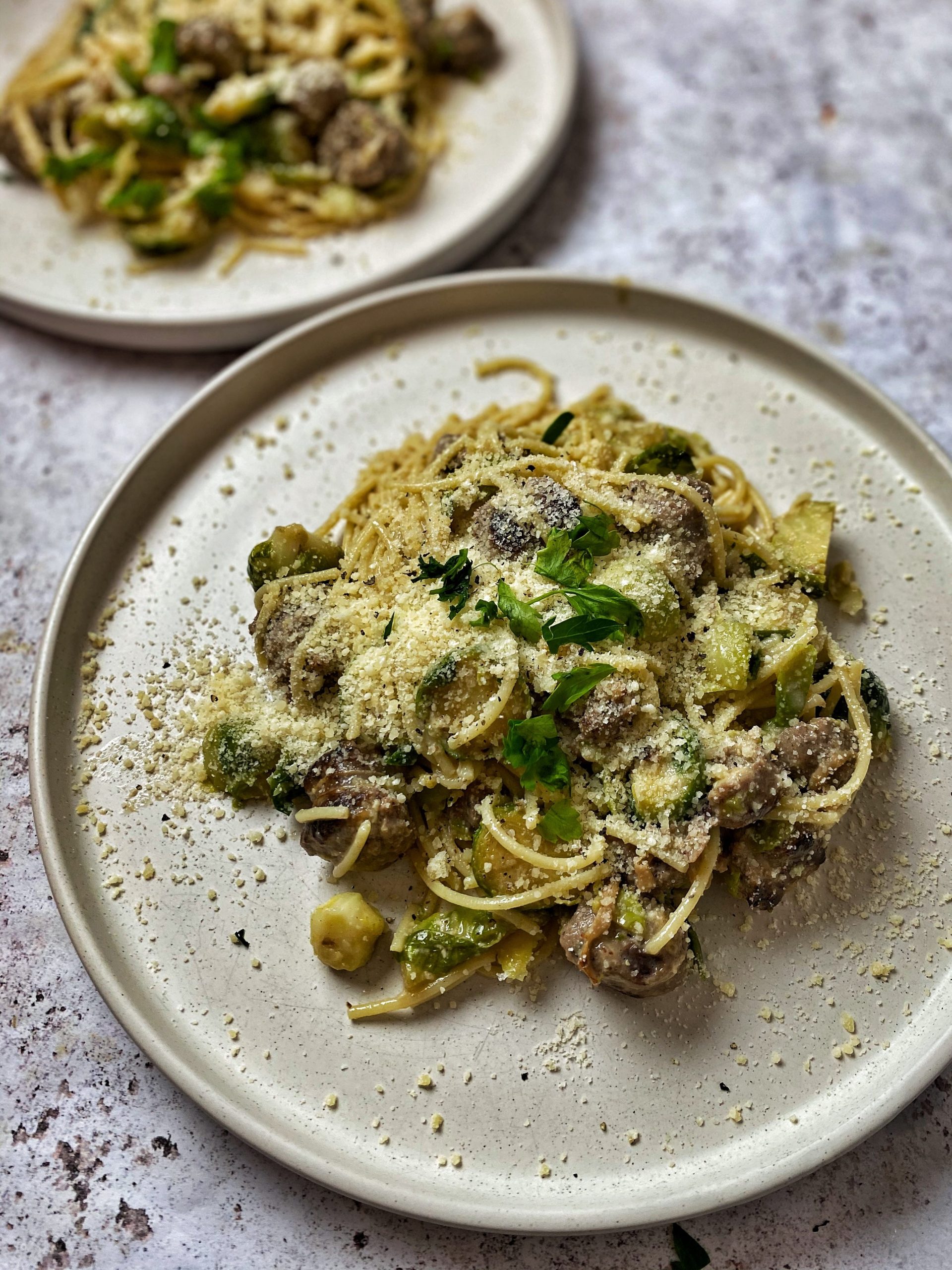 If you fancy an easy recipe that takes less than half an hour to make, give this Sausage and Brussels Sprouts porky pasta a go. Our Porky Black Sausages have chunks of black pudding and apple in them, making the spaghetti burst with flavour (without much effort on your behalf). This is a great way to use up leftover Brussels Sprouts too & a modern, punchy take on the classic spaghetti Carbonara.

1. Start by chopping your Brussels Sprouts into quarters and boil for 5 minutes.
2. In a separate, large saucepan, put your spaghetti to boil (according to pack instructions).
3. Remove the skin from our Porky Black sausages by running a knife down the length of the skin and discarding.
4. Chop the sausages into smaller chunks (about 5 or 6 per sausages).
5. Fry the Porky Black Pudding sausages in oil on a medium heat until they’re fully cooked.
6. Drain the Brussels Sprouts, quarter them and chuck them into the pan with the sausages.
7. Drain your pasta but keep 1 cup of the pasta water for thickening your sauce.
8. Chuck the pasta back into the large sauce pan with some olive oil and then add in the sausages and Brussels Sprouts.
9. In a bowl, crack 2 eggs & beat it, mixing in parmesan. Remove the pasta pan from the heat and pour in this egg mixture. Stir and toss all of the food together, with the heat of it all cooking the egg mixture.
10. Serve with chopped parsley & a crack of black pepper. 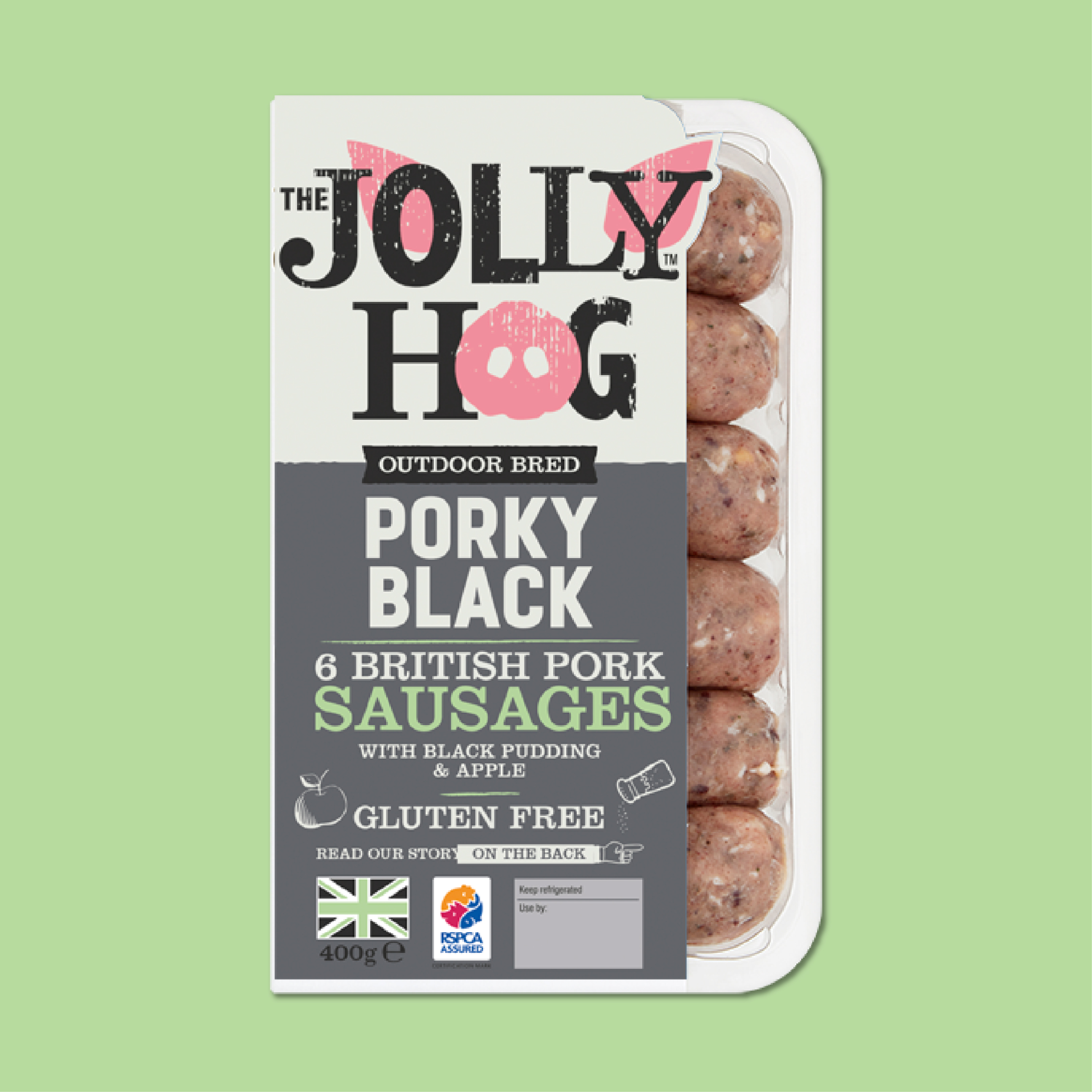 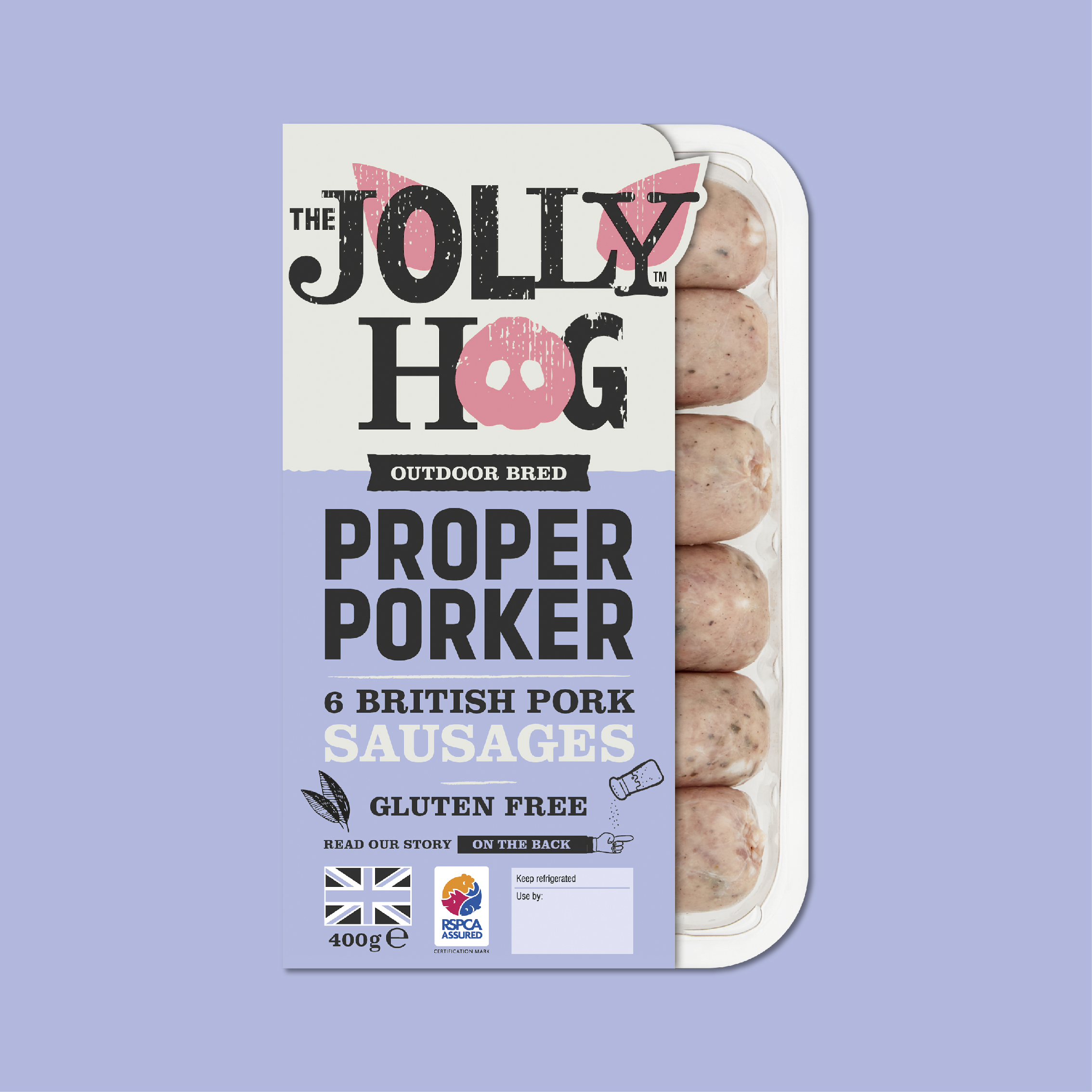 The ultimate Porker! Whether it’s breakfast, brunch, lunch or dinner, our Proper Porkers are a staple for every meal. We Read more 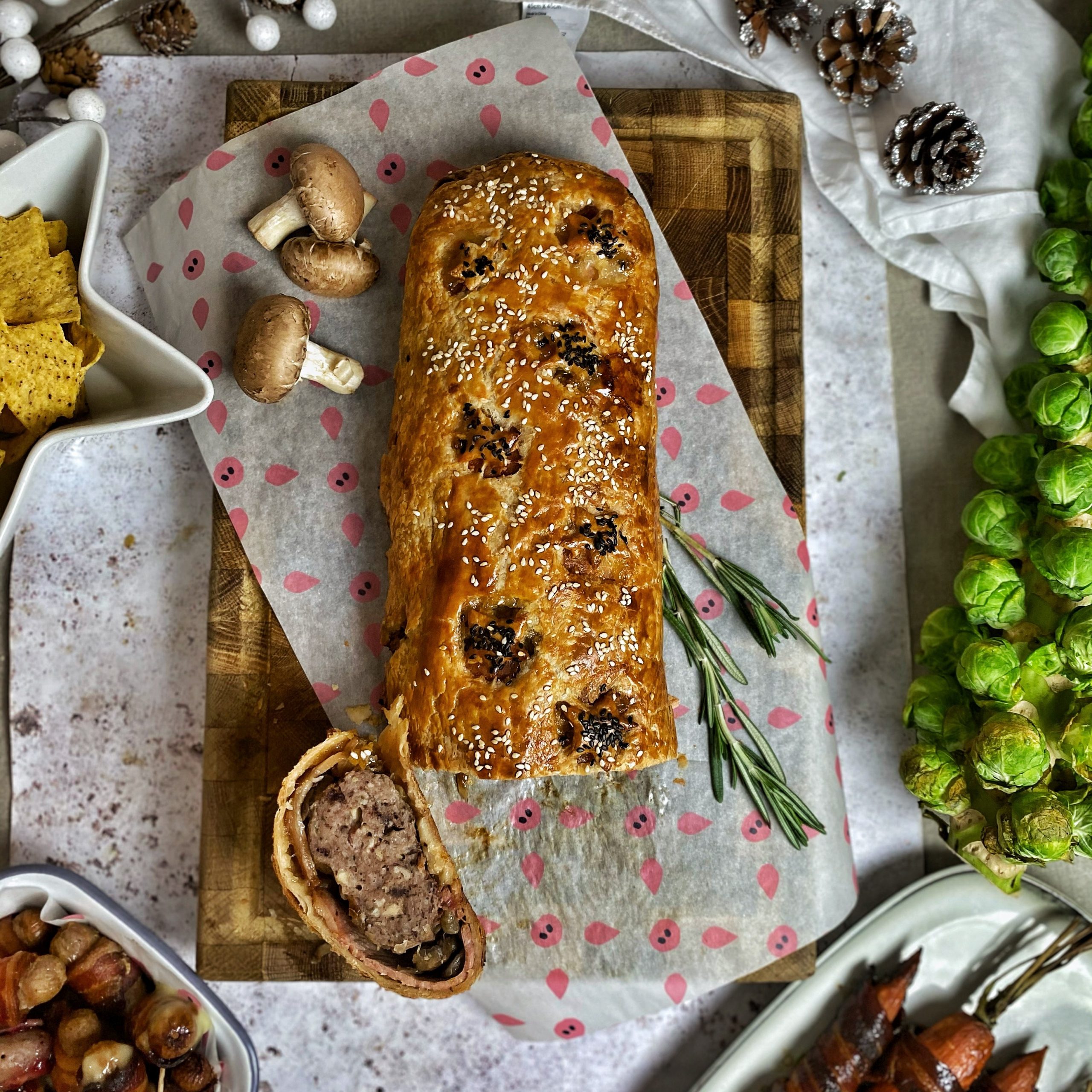 We've all heard of a Beef Wellington but have you ever tried a double Pork Wellington. Yes, we said double Read more 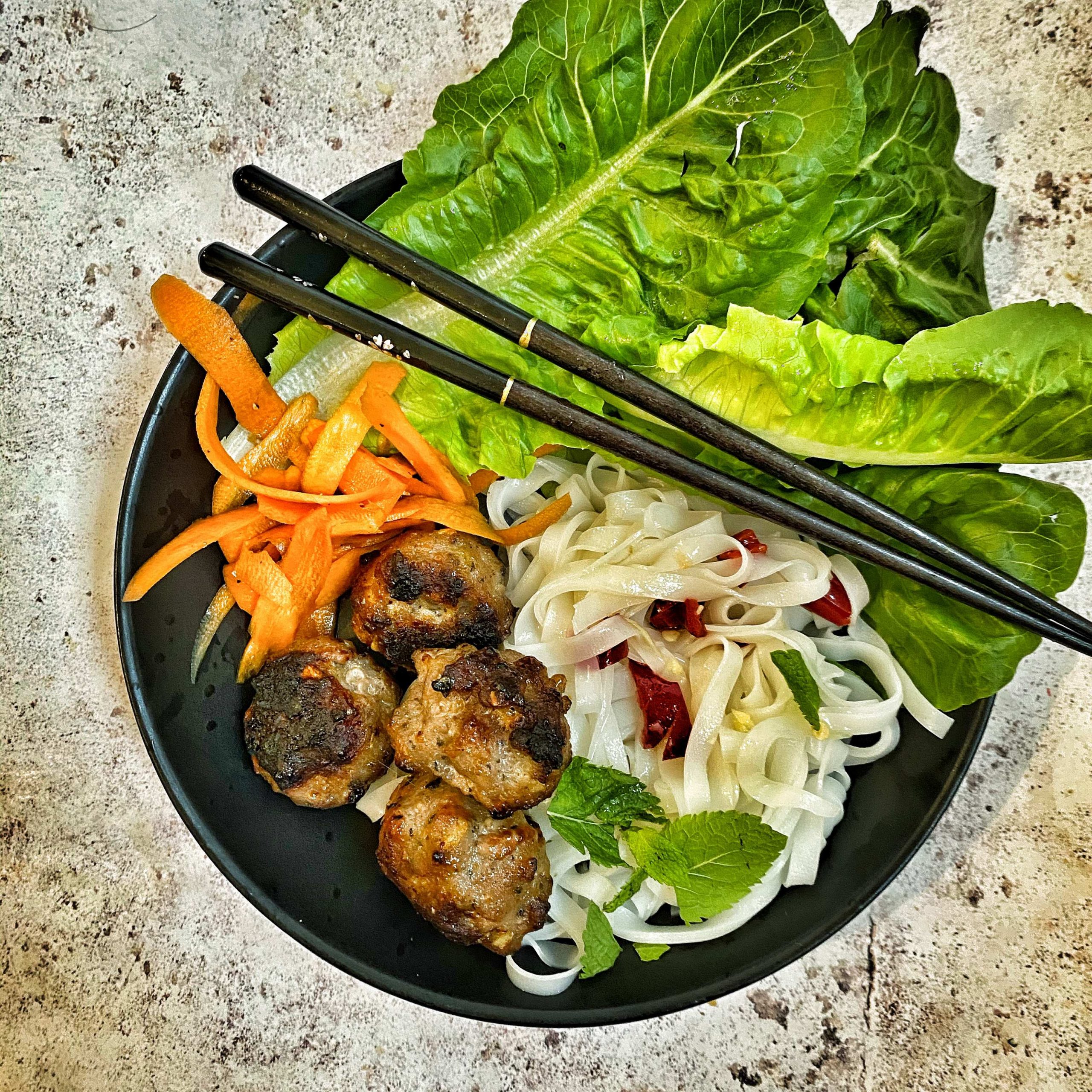 Bun Cha is a traditional Vietnamese dish which is packed full of flavour and veggies. Try our sausage meatball Bun Read more