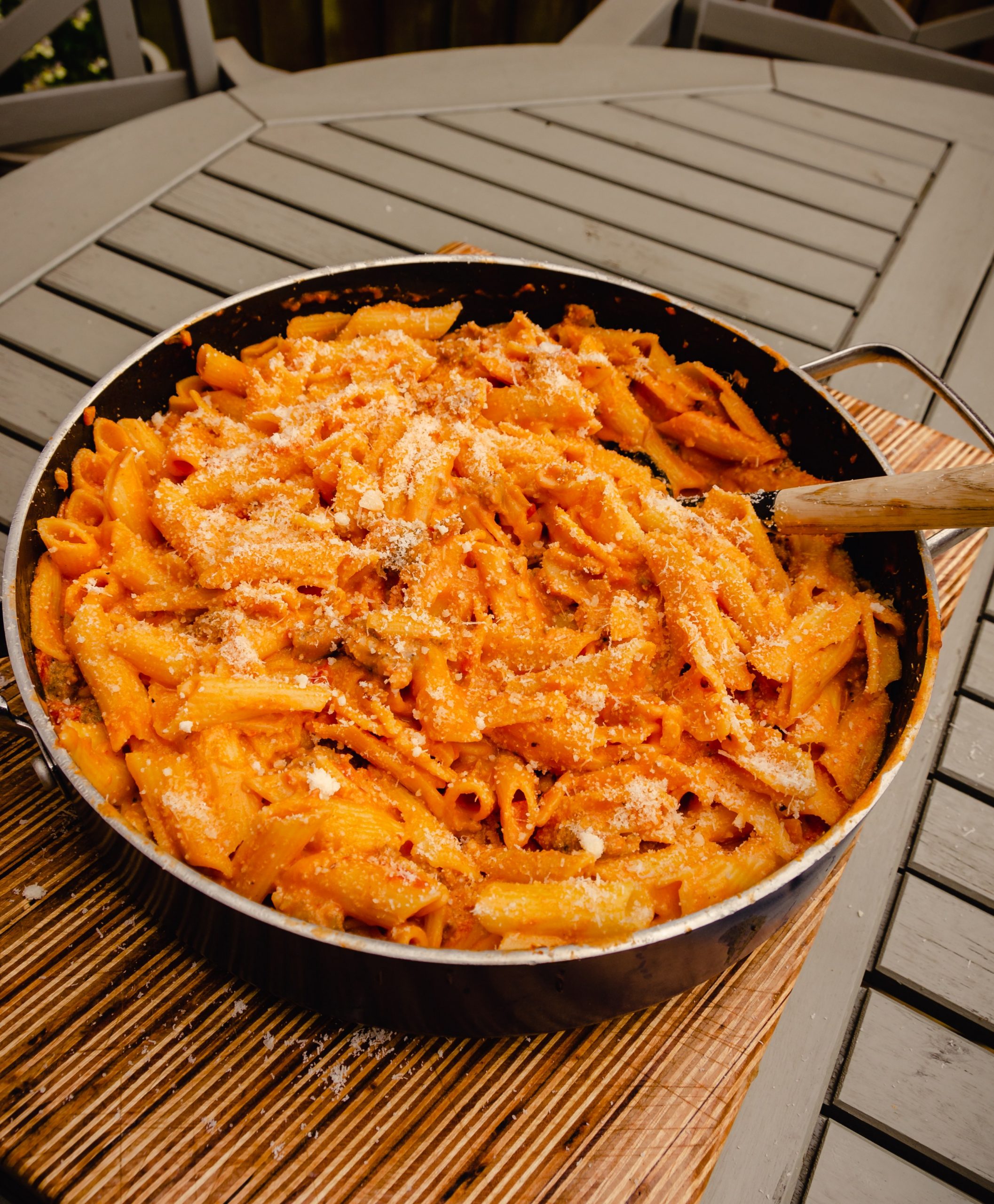 You might’ve seen Gigi Hadid’s vodka pasta sweeping social media and food magazines over the last few months. We decided to give it a go with something even better – rum, and sausages – to make the ultimate sausage vodka pasta upgrade! The rum has the same effect as the vodka, intensifying the individual flavours of your sausage pasta dish to make it extra flavoursome. Of course, any pasta dish is made better with sausages so we had to use our caramelised onion sausages for this, plus spiced rum which adds a nice deep flavour to the pasta. Try this tasty version of the vodka pasta, great if you’re looking for new recipes with sausage meat or new sausage pasta!

– To make this sausage vodka pasta, start by squeezing the meat out of our sausages to make the sausage meat. Alternatively, if you don’t want to try recipes with sausage meat, you can simply cook our sausages then chop them into small bites to have in your pasta.
– Next, add the crumbled sausages to a frying pan with olive oil and cook until browned, stirring and using your spatula to break them into sausage mince.
– In the meantime, put your pasta on to boil with a sprinkle of salt in the water.
– Finely chop 1 shallot and 3 cloves of garlic.
– Remove the crispy sausage meat from the pan and put to the side. Using the same pan, fry the garlic and onion until it begins to turn translucent and golden.
– Pour in the tbsps of rum and let that sizzle for a couple of minutes.
– Add your tomato puree and chopped tomatoes to the pan. Let that bubble gently for a few minutes before adding in the cream and stirring. Again, let it bubble before reducing down to a lower heat for a few more minutes.
– Once you’re happy with your sauce, chuck your pasta in to it, adding half a cup of pasta water as you do so to help make the rum pasta sauce go extra silky. Stir through the pasta then add back in the crumbled sausages and toss through.
– Cover the pasta with a generous helping of black pepper and of parmesan. Tuck into your sausage pasta and save any leftovers for tomorrow’s lunch. 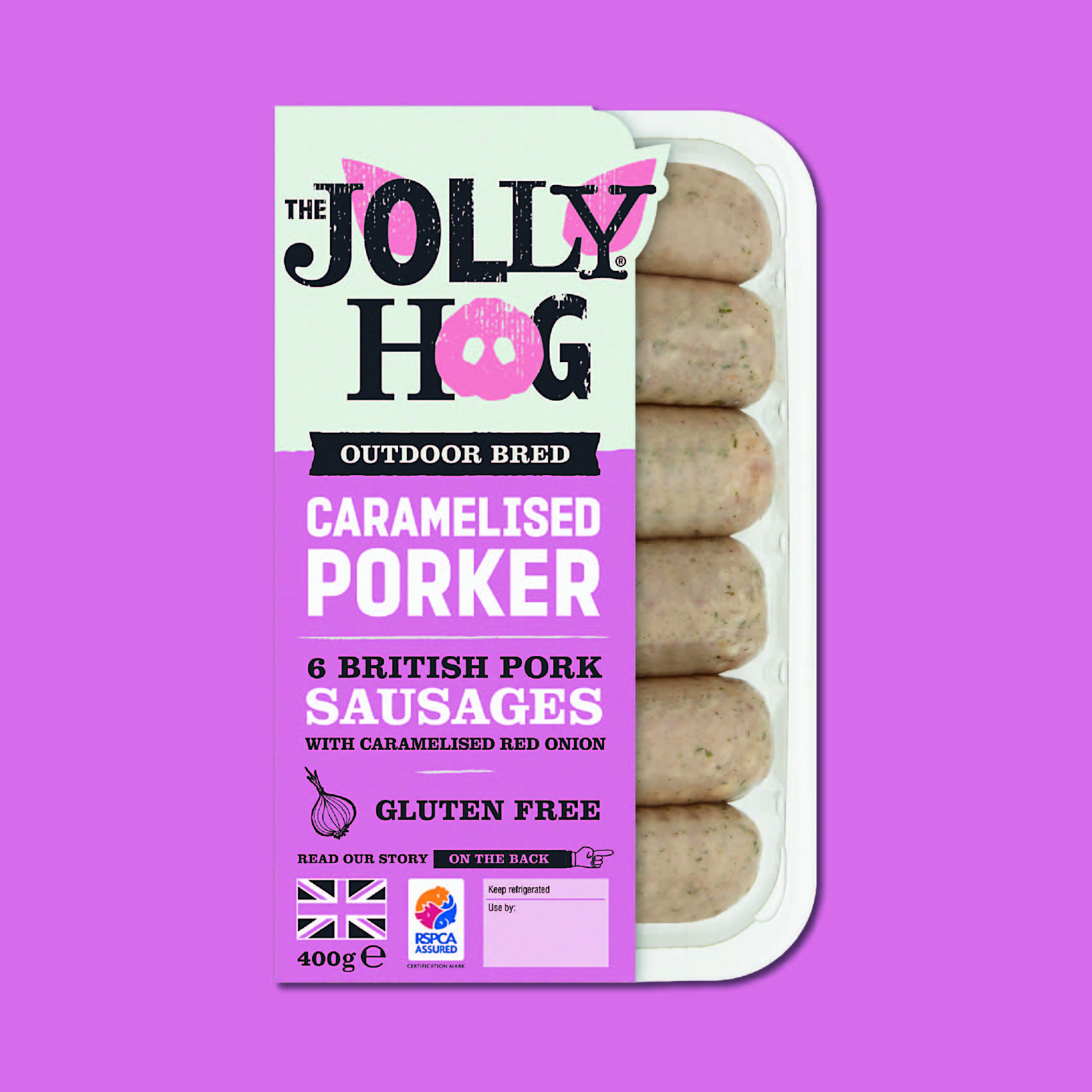 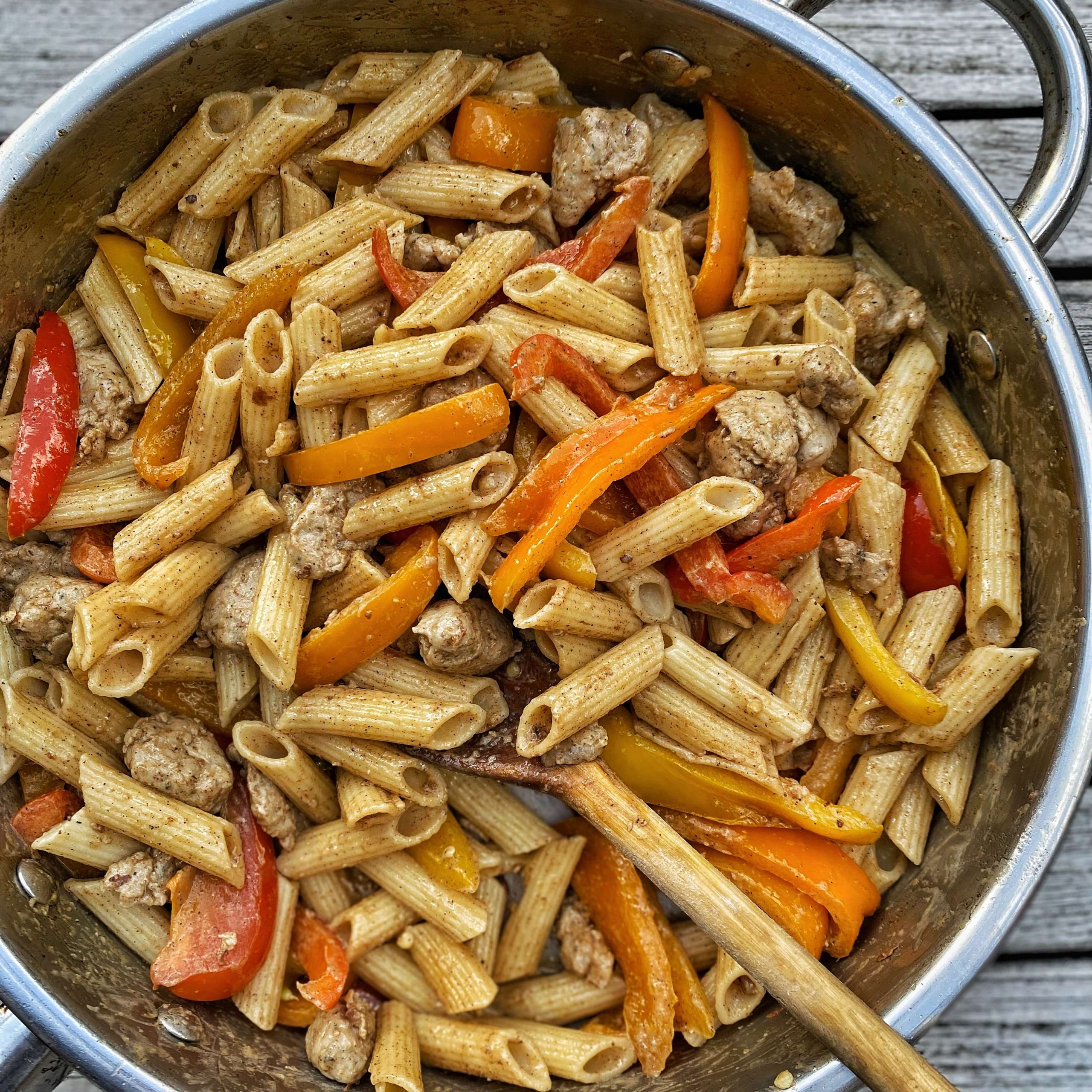 We've been seeing this rasta pasta recipe everywhere recently so we thought we'd try our hand at it! The kick Read more

This is potentially our yummiest recipe yet. We’ve always loved adding mustard to our mac and cheese, but we’ve stepped Read more 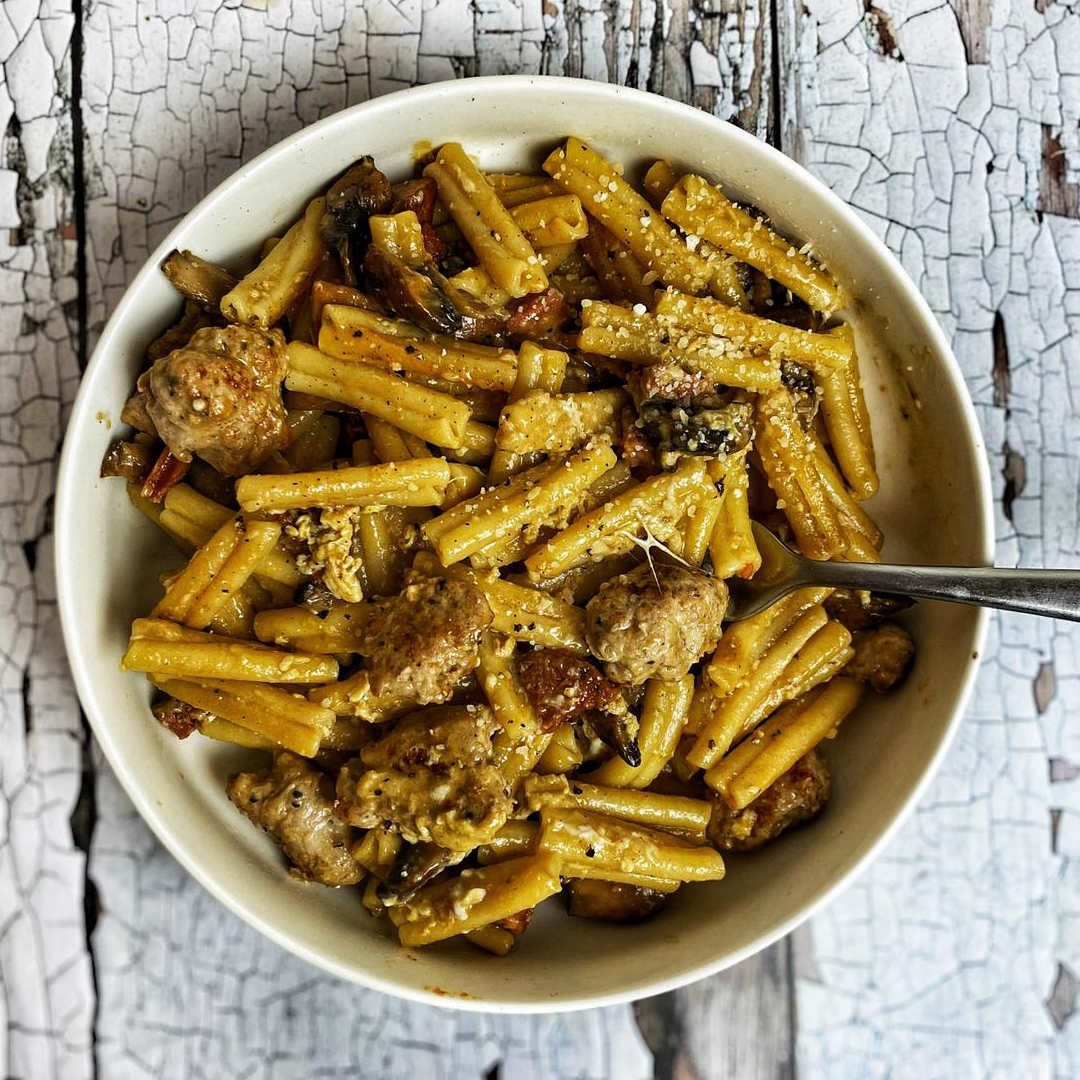