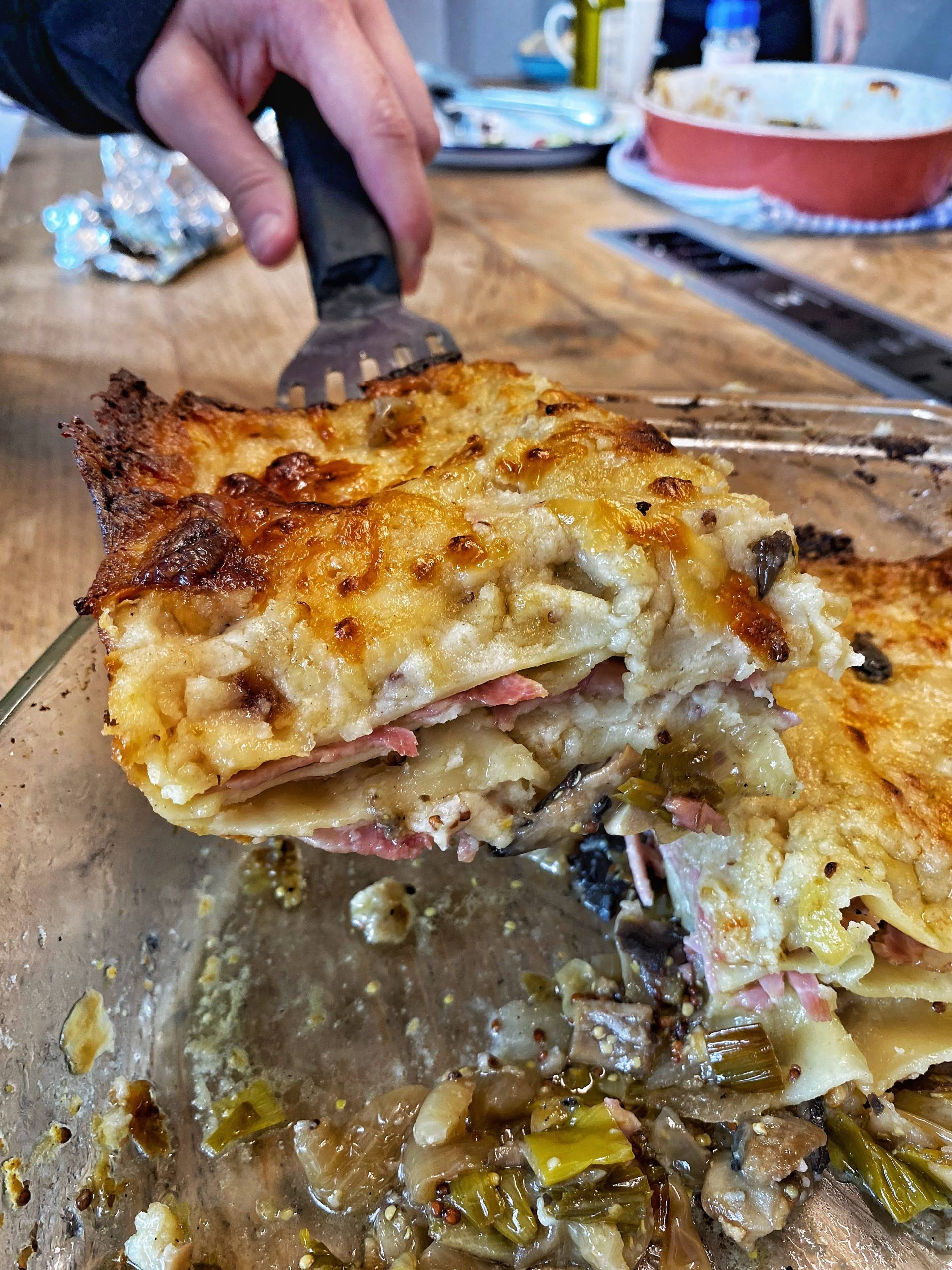 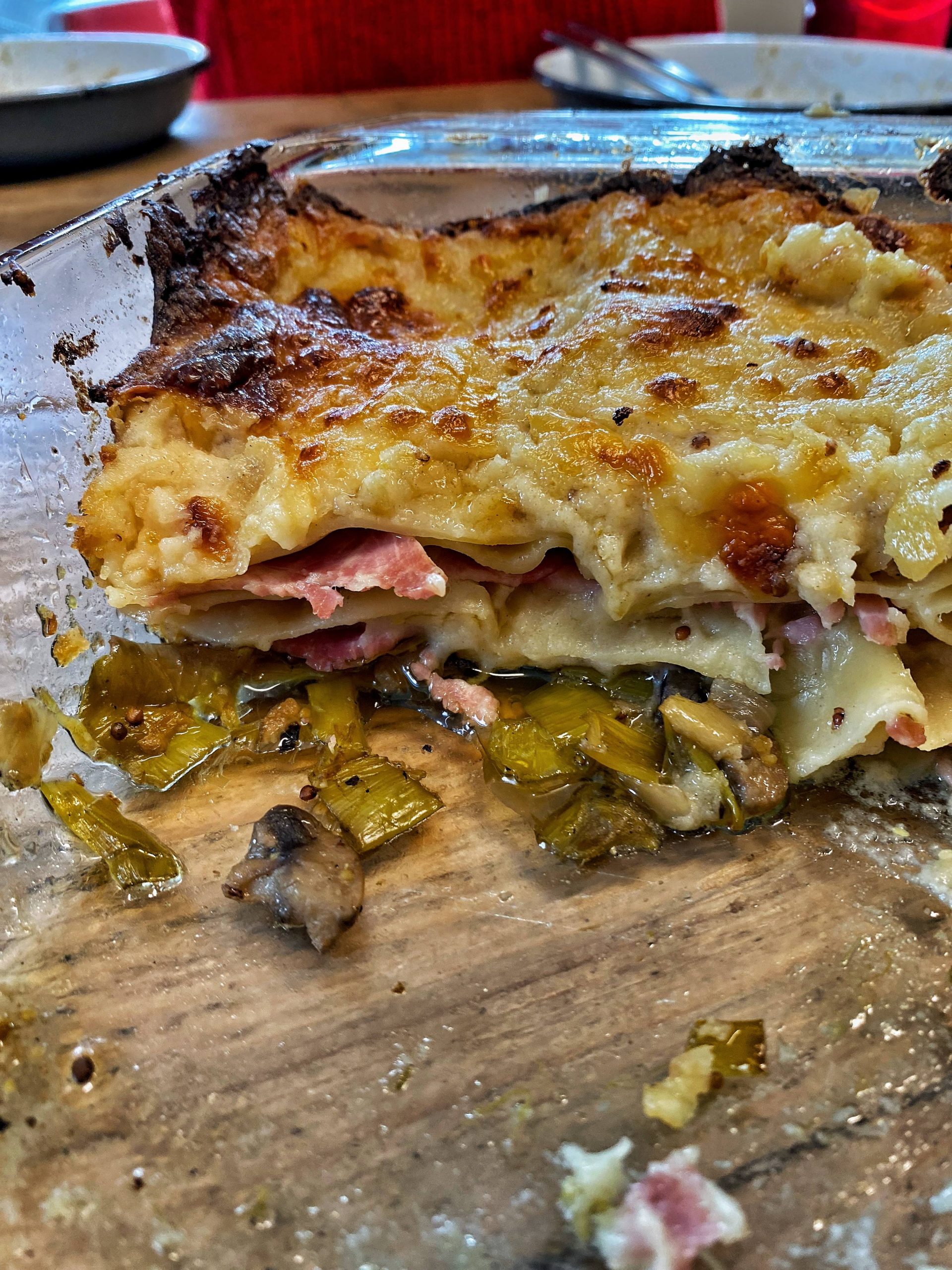 Max hit it out the park with this ham lasagne recipe he made for one of our recent team lunches. As well as tasting delicious, this is great if you’re looking for a lasagne white sauce recipe. This three layered lasagne is hearty and packed with flavour with creamy white lasagne sauce and a sweet kick from the wholegrain mustard. It’s also a great twist on the classic lasagne recipe with it’s switching mince to ham as it’s main meat. Plus, it sneaks in a few veggies and greens so it’s perfect for family dinners and fussy little ones. Make this on a Sunday to have your meals sorted for the week or tuck in for an indulgent Friday night meal. This creamy lasagne takes a while but trust us when we say it’s worth it!

– To start this ham lasagne recipe off, start by making your lasagne base.
– Chop mushrooms and leeks and garlic. You can use as much garlic as you want, but we used a few cloves so it wasn’t overwhelming. Add more veggies based off how healthy you want to make it, and add peas or other veggies that you have in the fridge. Fry off the garlic, leeks and mushrooms in a pan until cooked.
– Next, make up the key part of the recipe – the lasagne white sauce. You’ll need loads of this to layer up.
– Take an extra large sauce pan and make your cheese sauce. Start by melting your butter in the pan then adding plain flour slowly until it thickens.
– Slowly add in the milk and stir as it creates a sauce. Next, add lots of the cheddar and a couple table spoons of wholegrain mustard. Build that white sauce lasagne with more milk – or cream for extra indulgence. Keep stirring as much as possible and cook until the lasagne sauce is smooth.
– Take a large deep dish oven tray and layer the base with the mushroom, leeks and garlic sit at the bottom of the dish. Next, create a layer of the ham using our British Ham and then another layer on top with the lasagne sheets and then with the cheese sauce, followed by the mozzarella.
– Repeat this process, adding another layer of veggies, ham, lasagne sheets and cheese sauce. Top with grated parmesan for extra oomph.
– Leave the lasagne for a bit before you cook it to help the lasagne soften so that when it’s baked it’ll be able to slice easily. Max left it overnight in the fridge so it also helped the flavours combine and strengthen.
– Cook the ham lasagne for an hour on 180 and then finish off on 200 until it’s golden brown if need be. 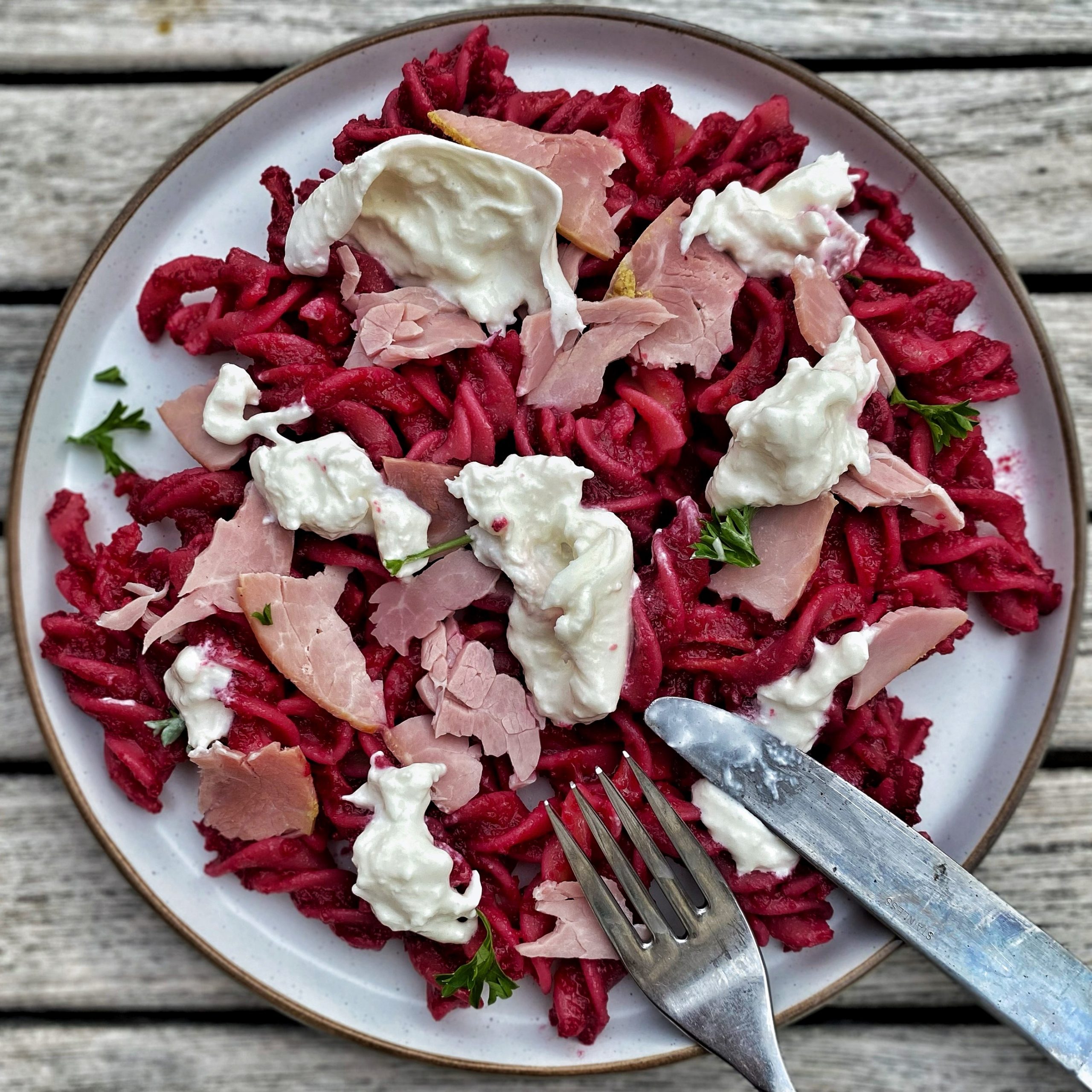 Ever since we saw beetroot pasta recipes online, we knew we had to try them! This pasta food trend always Read more 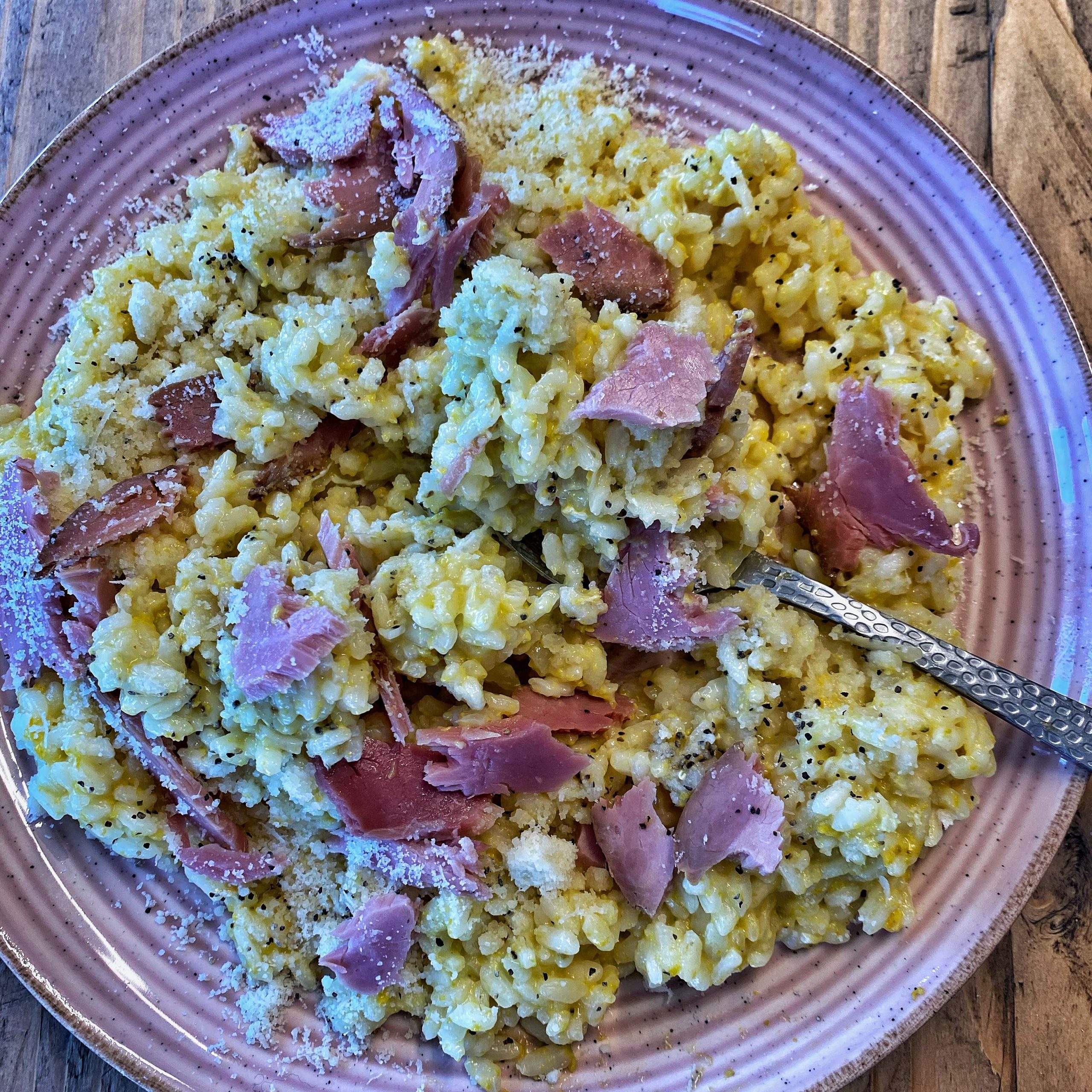 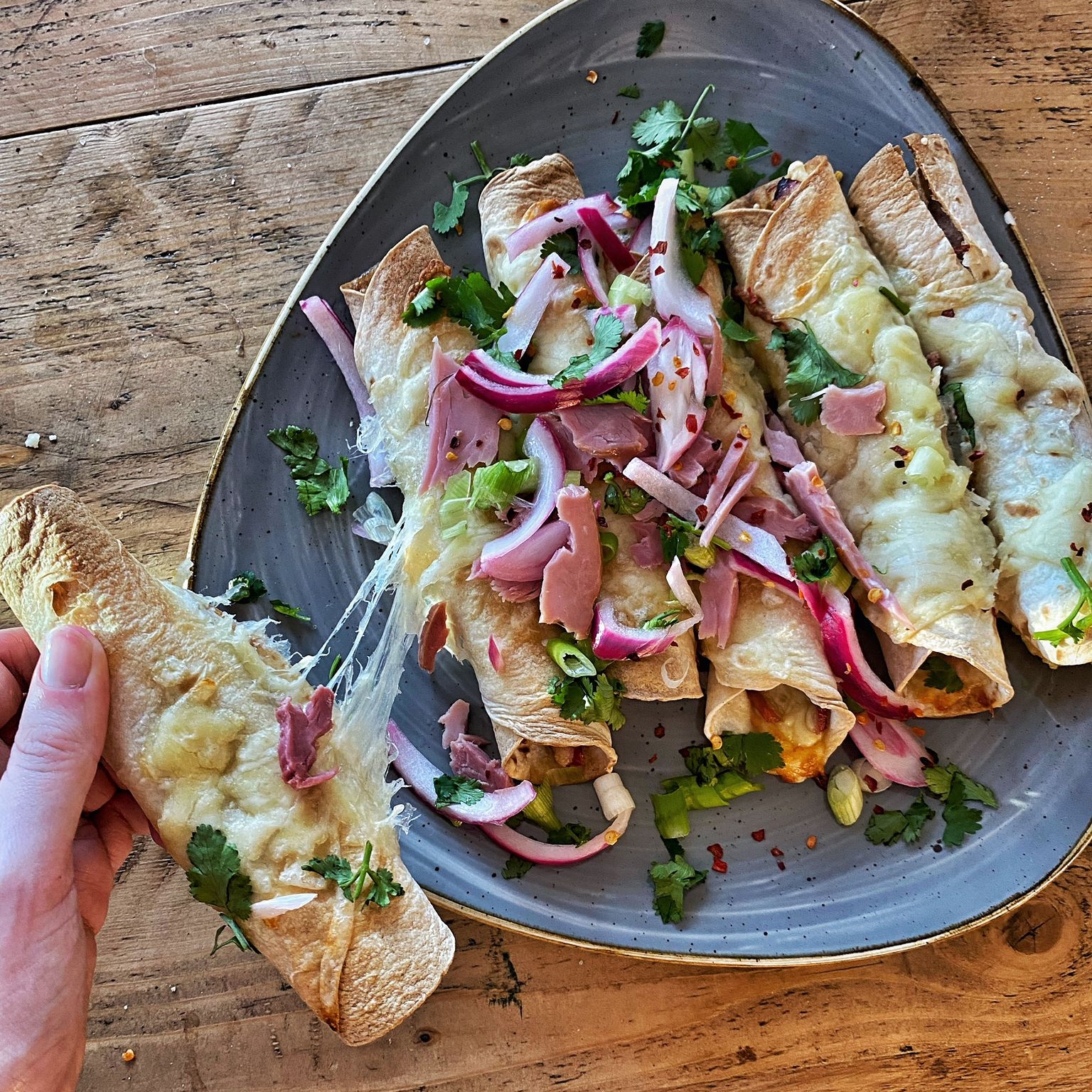 Taquitos are such a fun meal to make, they're so simple and quick to make and always feel like a Read more 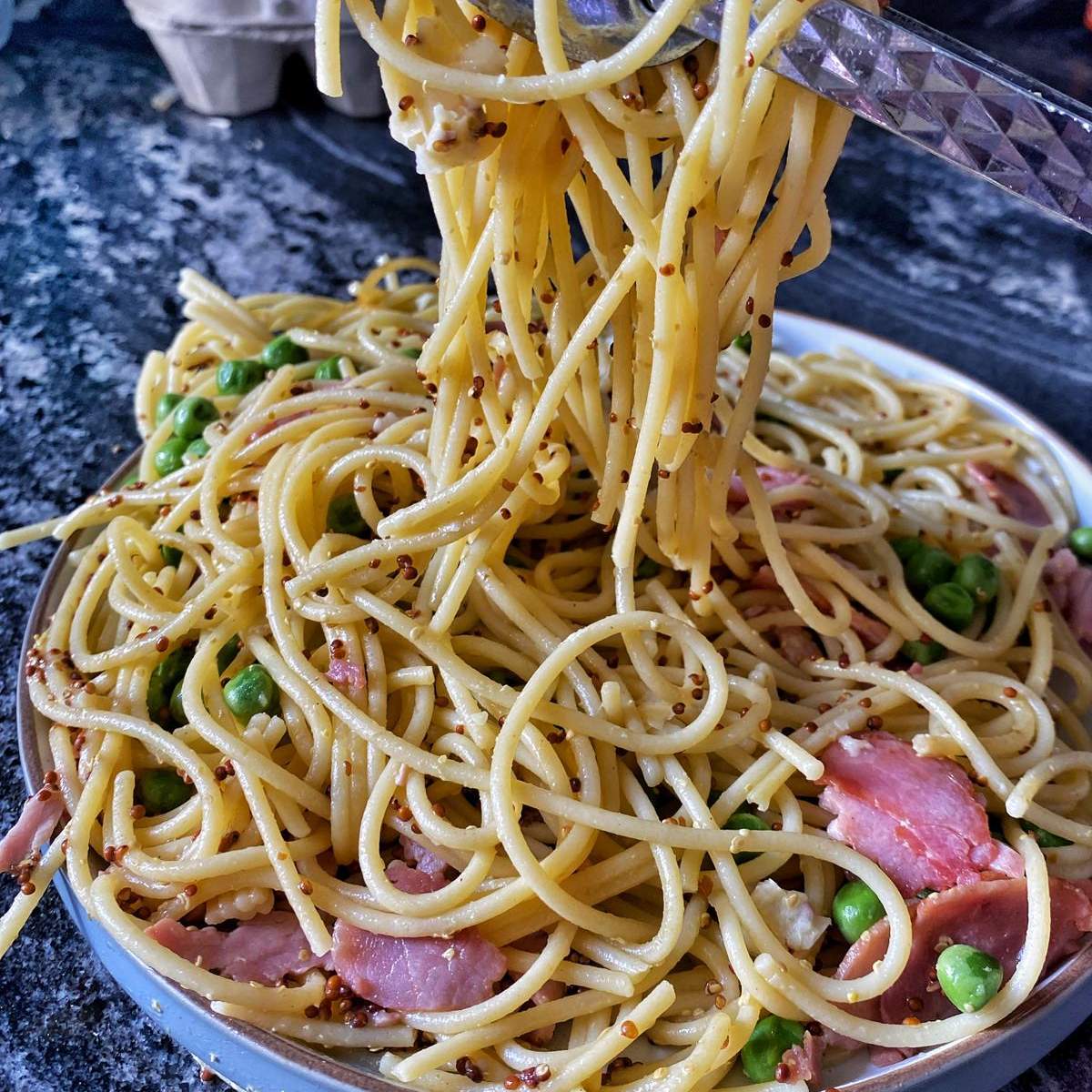