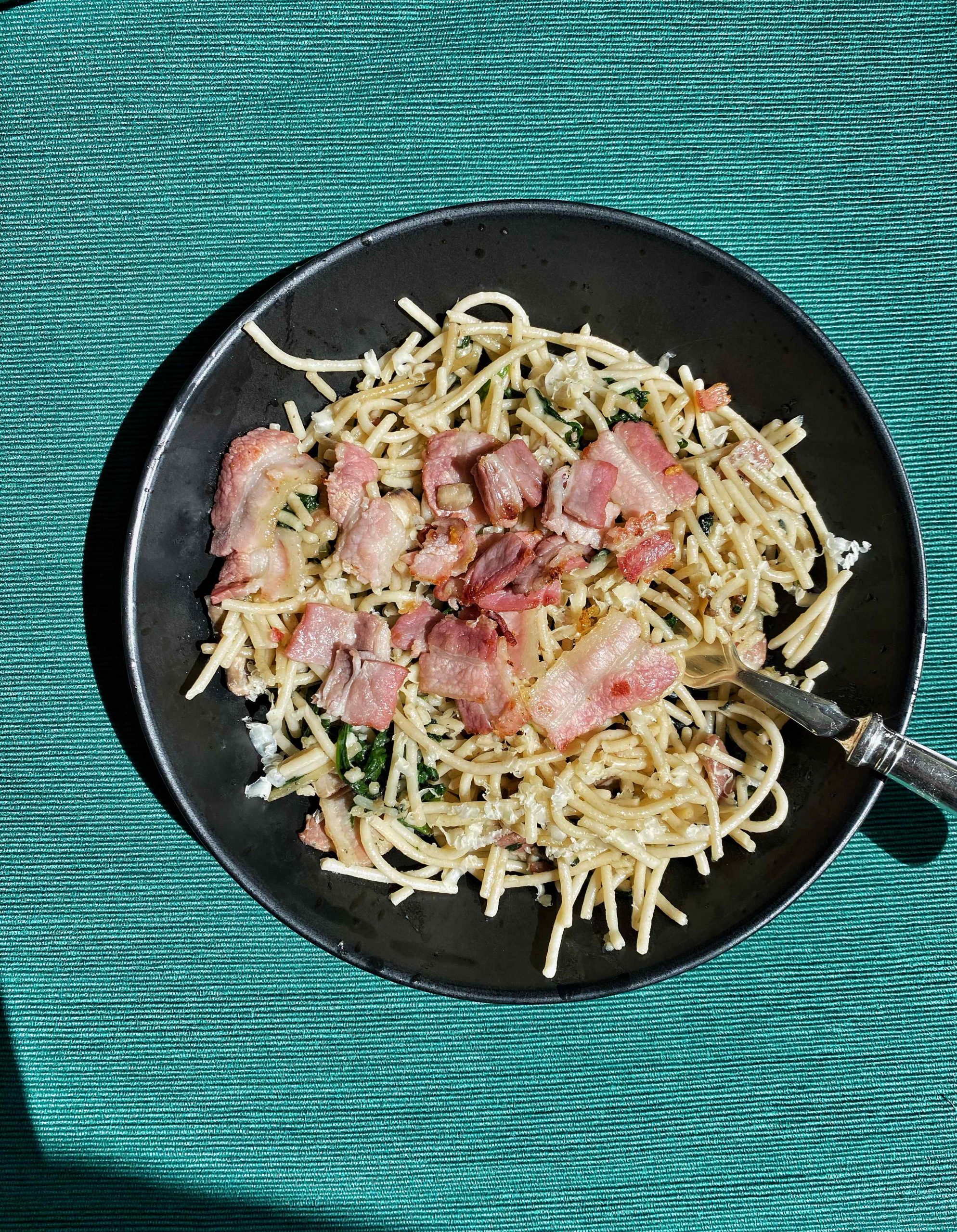 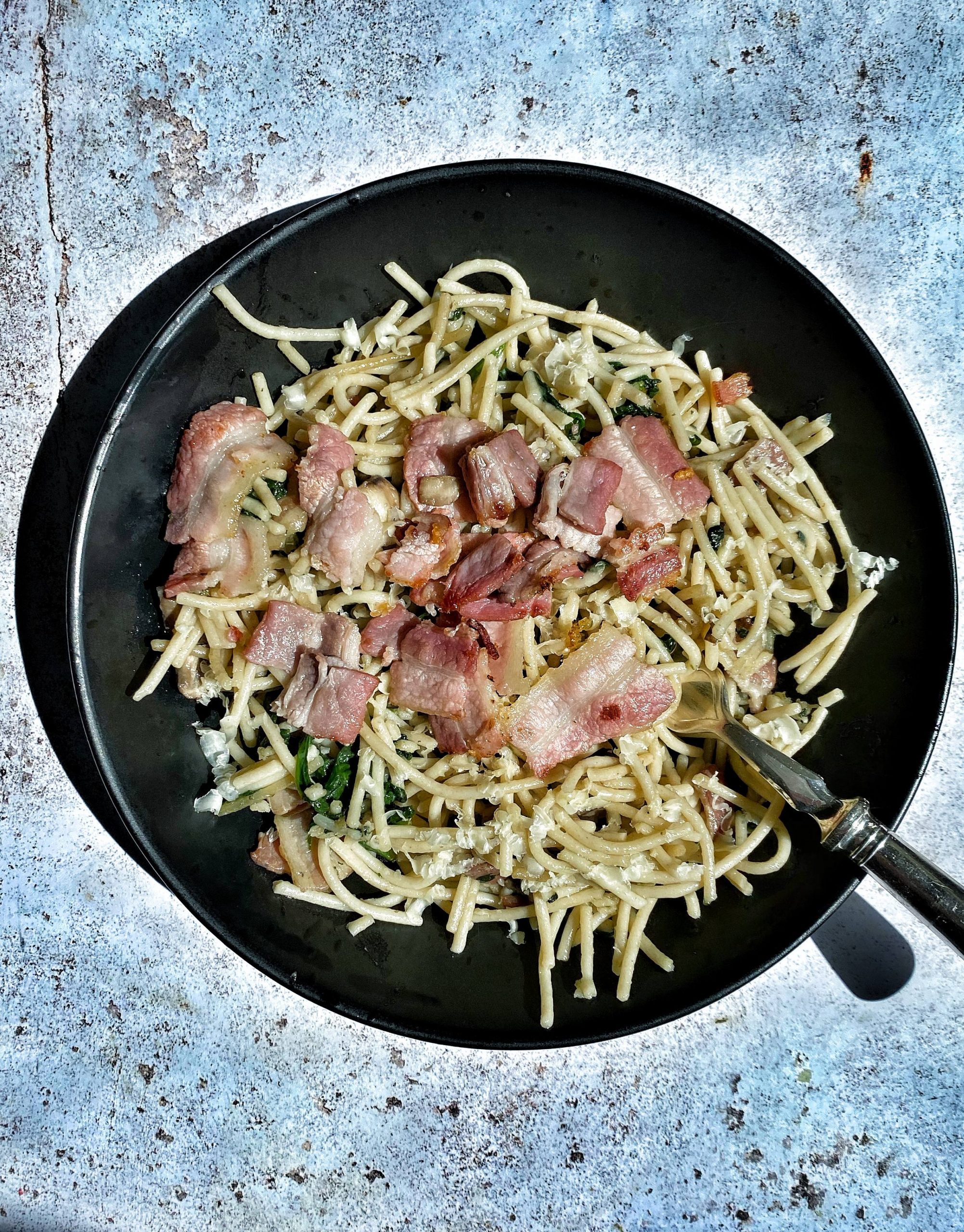 For the blue cheese lovers out there, give our Blue Cheese & Streaky Bacon Carbonora recipe a go. This cheesy spaghetti is the most indulgent, great tasting pasta dish going. Ready in less than 30 minutes, the strong flavour of the blue cheese, and the great tasting bacon, means this recipe requires barely any effort for a dish packed with flavour.

– Start by cooking your spaghetti according to the package instructions (we used gluten free pasta!)
– Crush and mince four cloves of garlic, and add to a large frying pan with olive oil.
– Add the zest of lemon and stir for a couple mins until the garlic has softened.
– Take a pack of our Jolly Good Streaky Bacon and chop it into small bits before sprinkling into the pan. Stir until the bacon bits are beginning to crisp up.
– Next up, add spinach to the pan, a handful at a time. Keep adding more as the spinach wilts and you have room to add more.
– When the pasta is cooked, before you drain it, use a mug to scoop out half a mug’s worth of the pasta water and set this aside.
– Reduce the heat and chuck your spaghetti into the pan, adding the pasta water at the same time.
– Take your blue cheese of choice and crumble it into the frying pan, tossing it through the pasta. Keep mixing until the cheese has melted and you’re happy with the sauce consistency.
– Sprinkle with black pepper (and maybe even some extra bacon 😉) 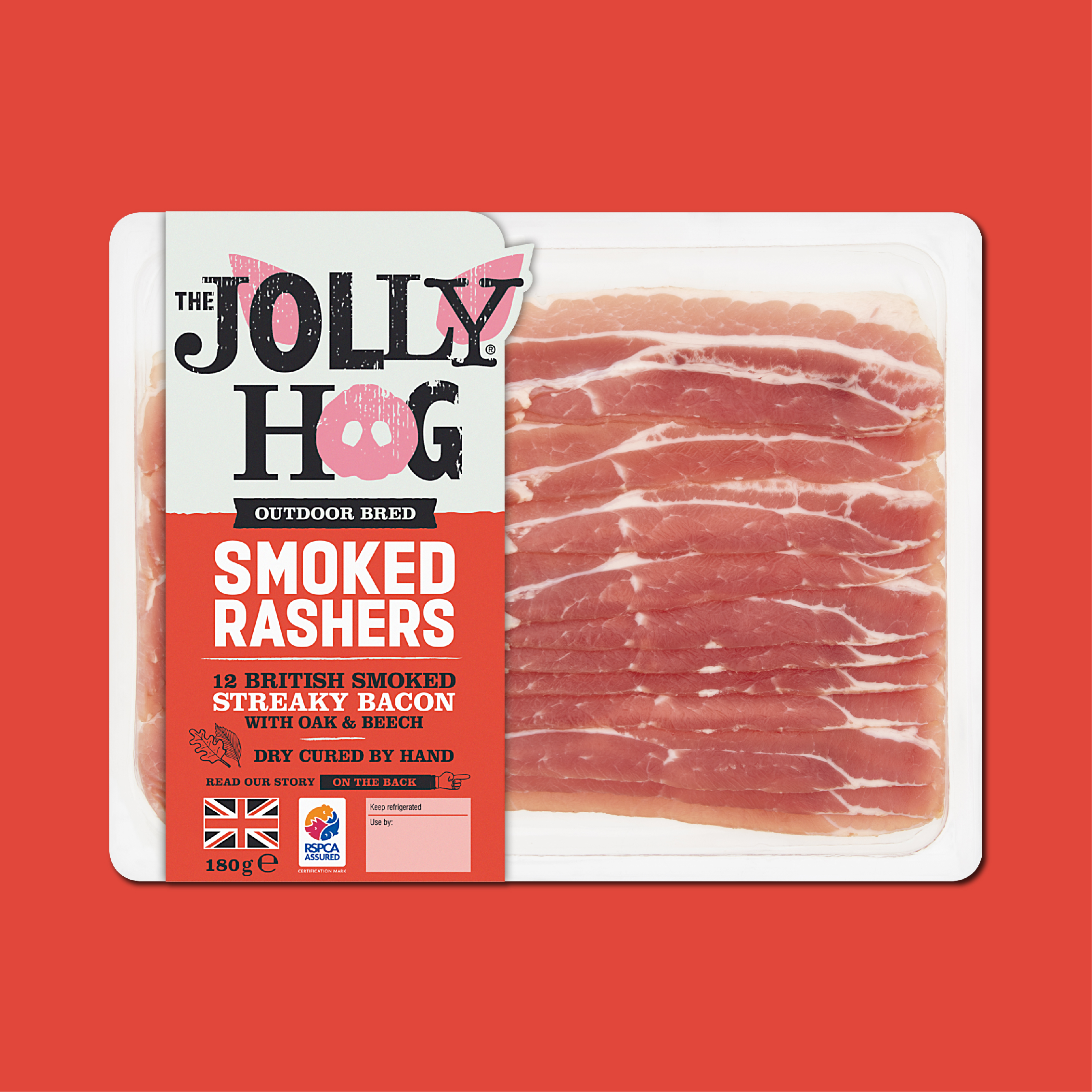 Just as pigs come in all shapes and sizes, so does our jolly bacon. Our Double Smoked Dry Cured Streaky Read more 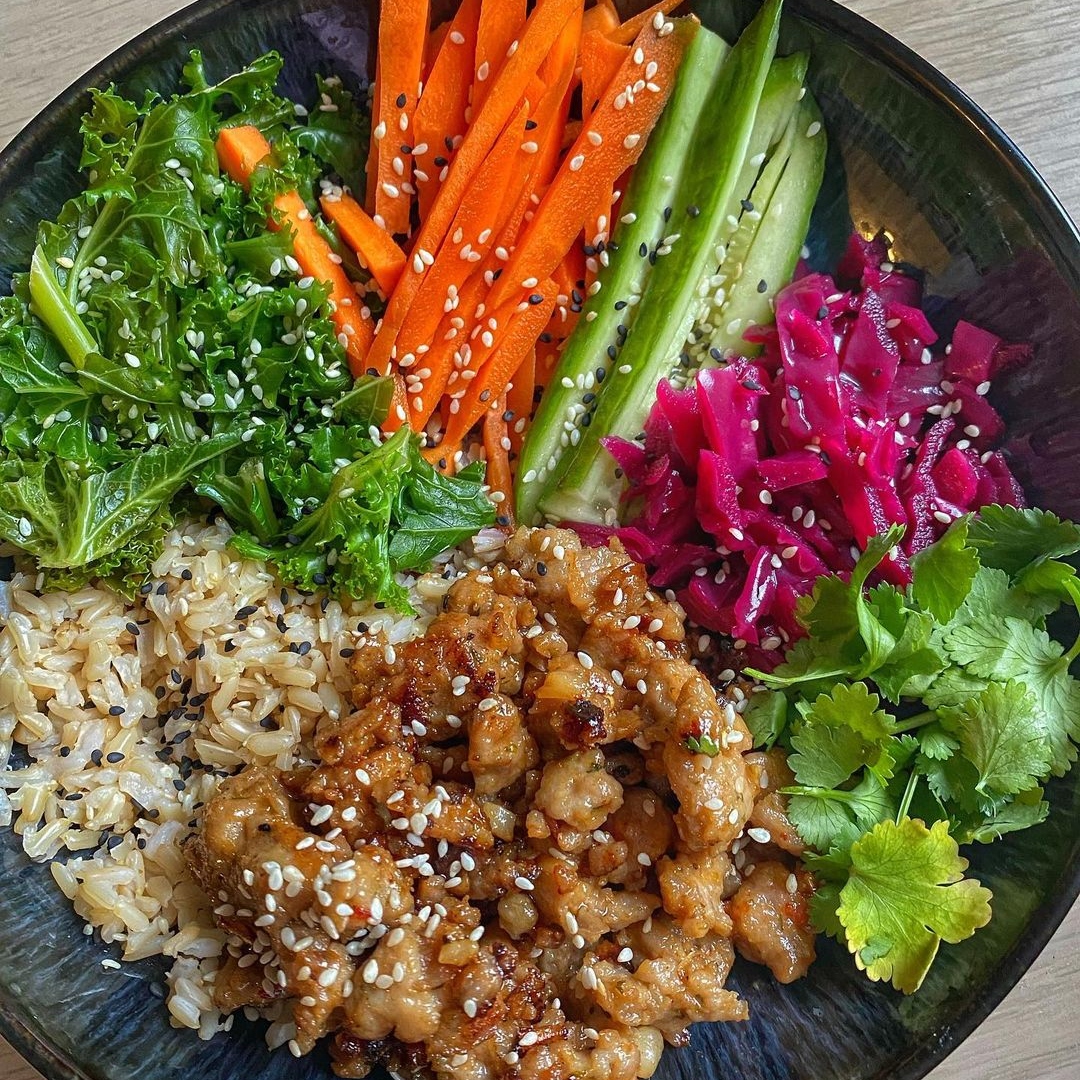 If you're looking for new sausage recipes, this sausage banh mi inspired rice bowl is a great one to try. Read more 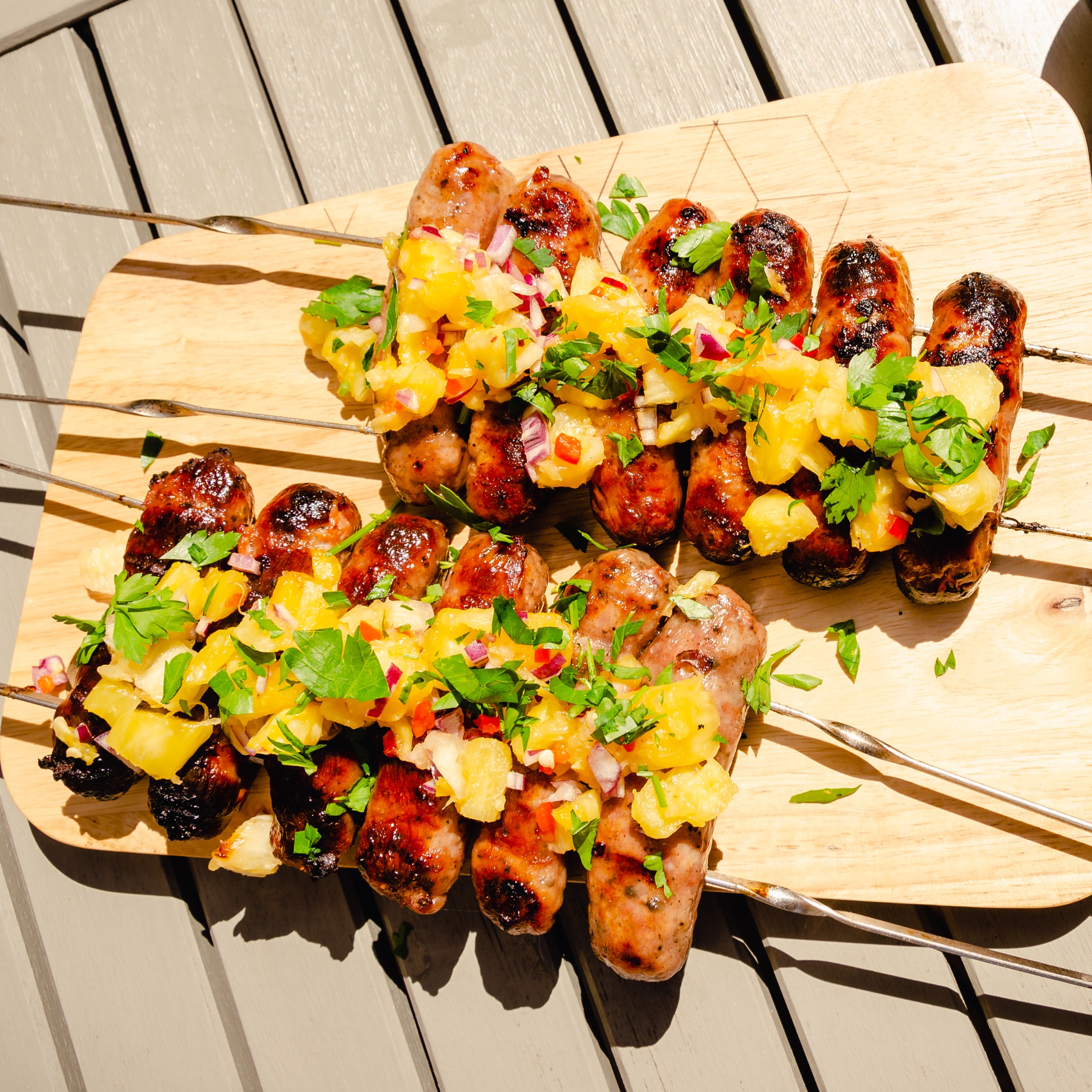 These sausage skewers are the perfect easy BBQ food. If you’re looking for easy BBQ ideas for a crowd, you Read more 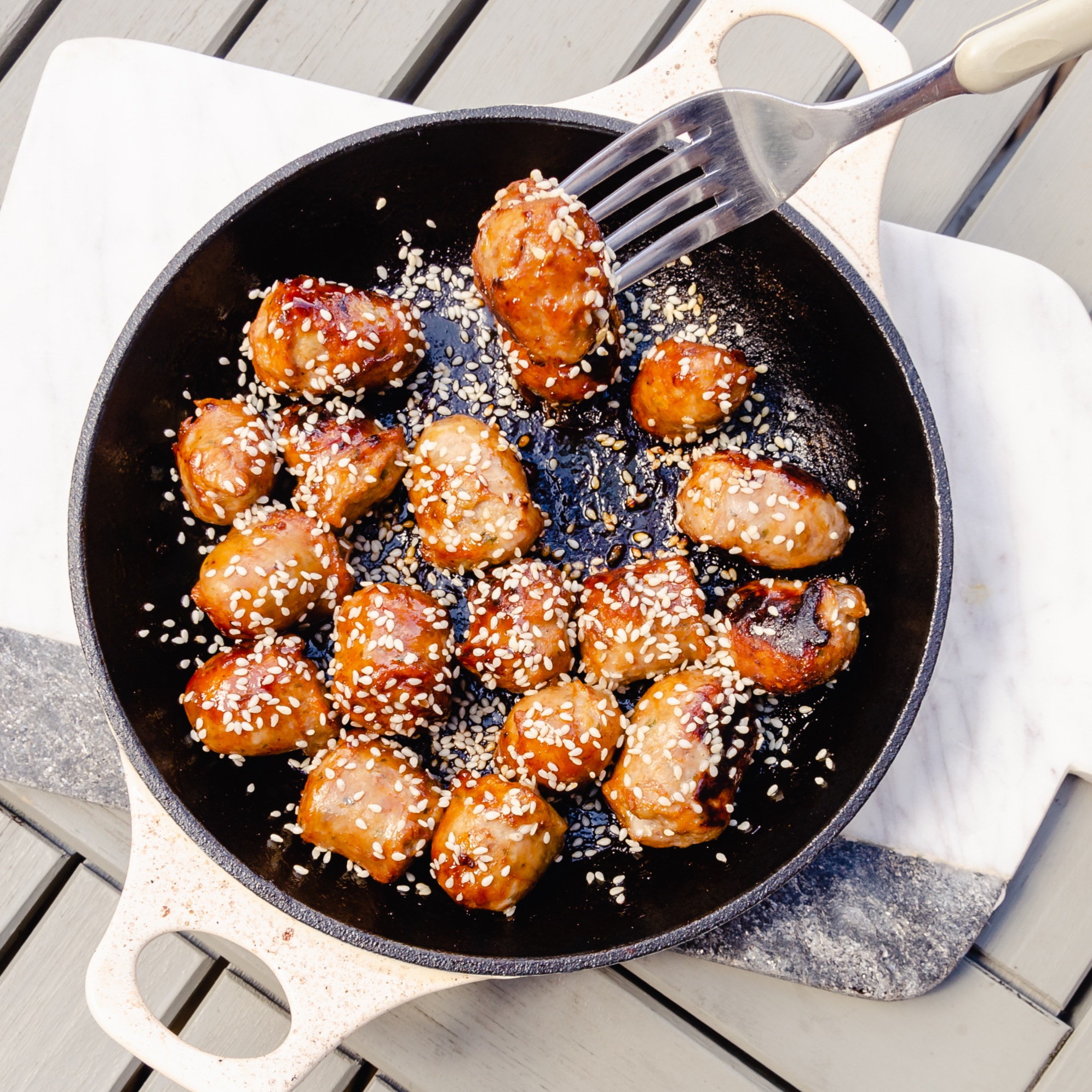